New York City is arguably the most iconic city in the United States and one of the absolute best getaways on the East Coast. With the Statue of Liberty, Central Park, Times Square, Broadway, the Empire State Building, and a slew of other iconic places, New York City is a place that you simply must add to your USA bucket list. 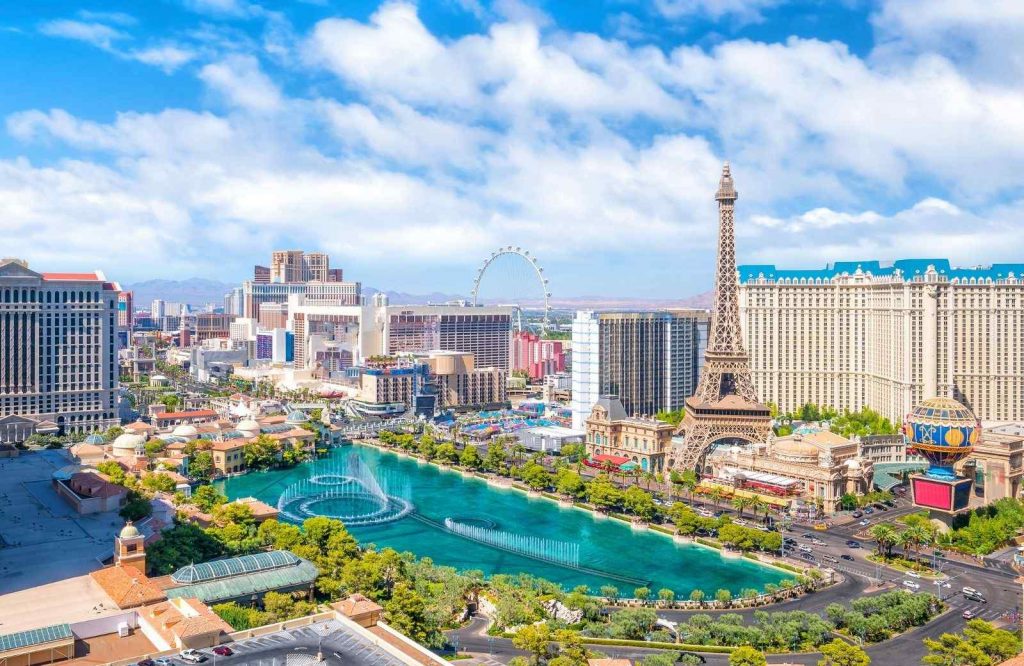 There’s no place quite like Las Vegas. Also known as “Sin City,” this unique city in the middle of the Mojave Desert is mostly known for The Strip, the road lined with dozens of hotels, bright lights, and massive billboards. Escape the desert heat by venturing indoors for the gambling, shopping, and drinking that Las Vegas is known for.

If you’re not into drinking or gambling, don’t worry! Vegas will still be a fun place for you to visit. There are plenty of museums to keep you entertained and it’s fun to just explore the ornate lobbies of the various hotels. Plus, the food scene is incredible in Vegas. Honestly, my only motive for visiting Vegas is to indulge in the food. 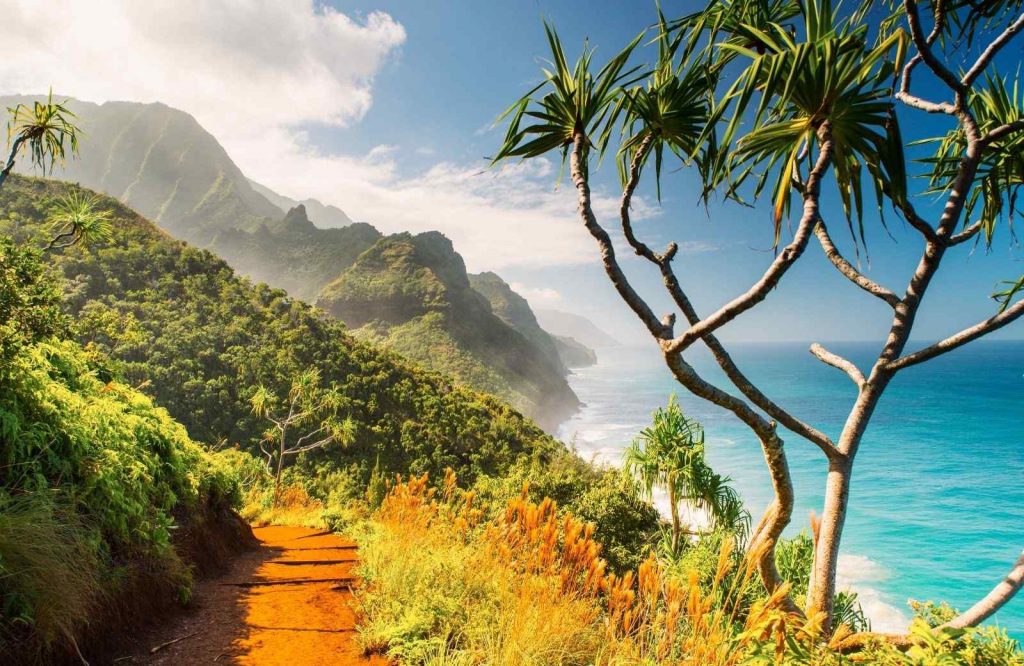 The Kalalau Trail on the island of Kauai, Hawaii is one of the most dangerous hikes in the world. This 12-mile hike gives you access to the Na Pali Coast, a stunning green mountain range with deep grooves that is only accessible on foot, by boat, or by helicopter. When it rains, these deep grooves create hundreds of waterfalls and a magical picture! 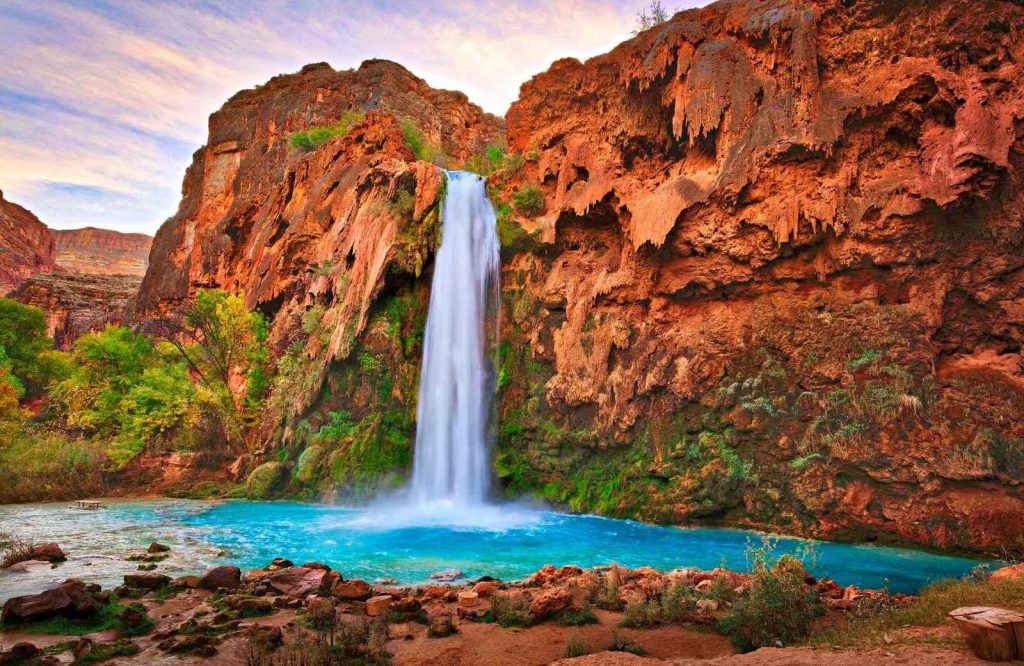 While just about every United States bucket list includes the Grand Canyon, this list has a bit of a variation with Havasu Falls.

Located within the Grand Canyon, Havasu Falls is a 100-foot waterfall with stunning turquoise pools at the base. It takes a couple of days of hiking to reach Havasu Falls, and during that time you’ll see miles of the stunning Grand Canyon landscape before reaching your destination. 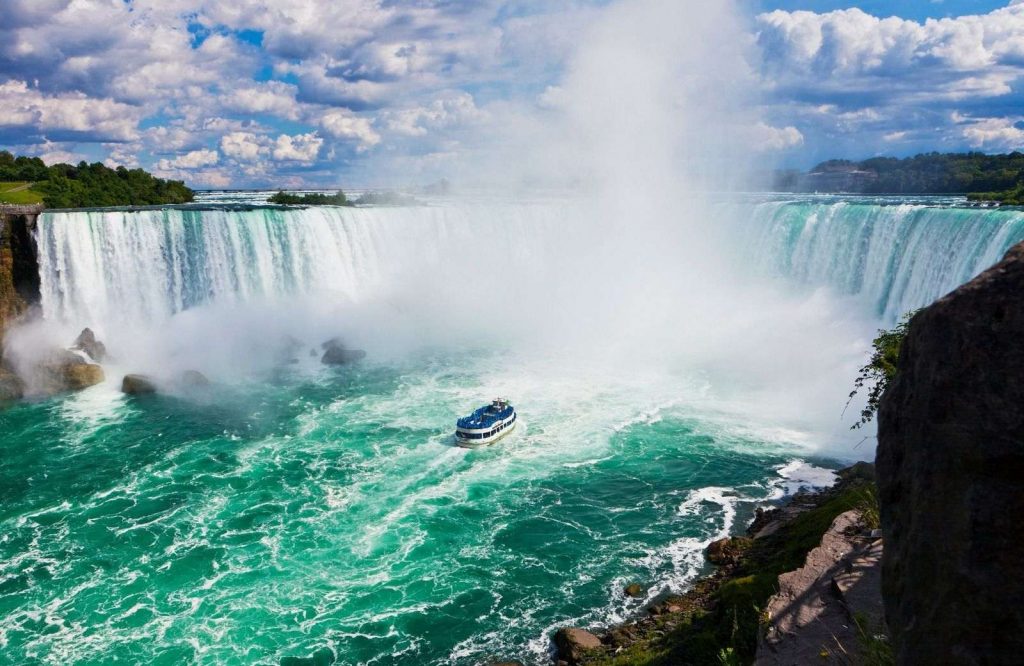 Situated on the border between the US and Canada, Niagara Falls is one of the best bucket list places to visit in the US. This 167-foot waterfall is actually a collection of three different waterfalls: Horseshoe Falls, American Falls, and Bridal Veil Falls.

While the breathtaking Horseshoe Falls crosses the border between the two countries, the cascading American Falls and Bridal Veils falls are firmly on the American side of the border. 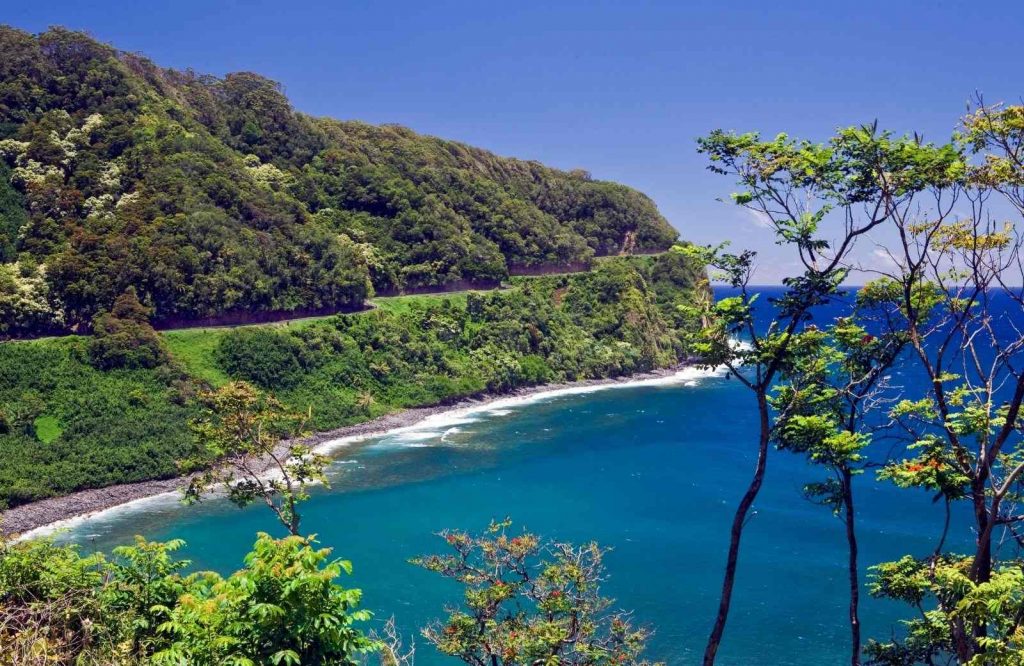 The road to Hana may be one of the most iconic drives in the United States – and for good reason. This winding Maui road has tons of amazing stops, many of which can’t be found anywhere in the country outside of the state of Hawaii.

Relax on black and red sand beaches, wander through a lava tube, enjoy a loaf of the world’s best banana bread, and stare in awe at countless towering waterfalls. 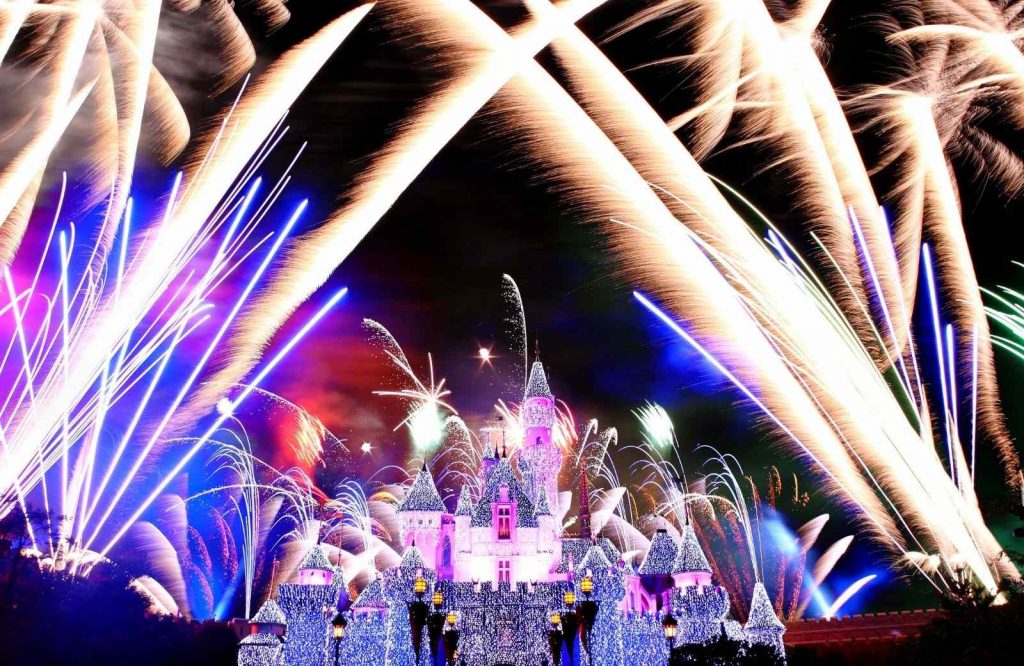 Walt Disney World is definitely one of the top bucket list places to visit in the US. Just about every kid grew up watching their favorite Disney characters and experiencing the alluring Disney magic through their screen.

At Walt Disney World, this Disney magic can come to life in person through the four theme parks, two waterparks, dozens of resorts, and Disney Springs. 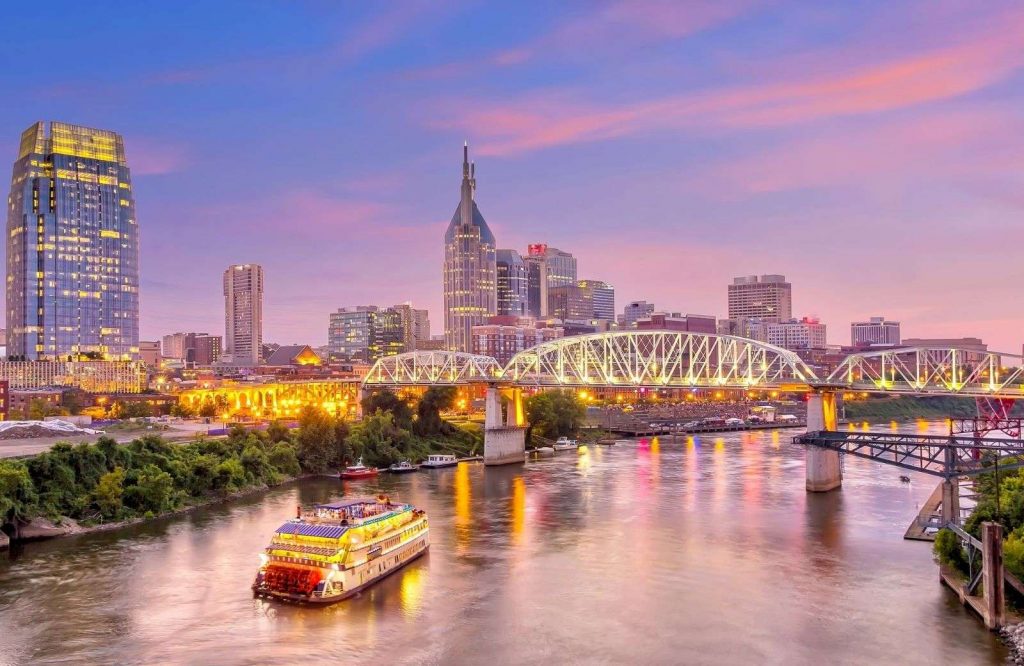 Nashville is known for its honky-tonks, country music, hip bars, delicious restaurants, and live music. Even if you’re not a country music fan, you’ll enjoy a trip to Nashville.

In addition to the Country Music Hall of Fame and the Grand Ole Opry, you can go shopping at one of the many boutiques in the city. Or, you can go on a beer crawl and sample all kinds of craft beer. Also, Nashville is home to yummy food. Be sure to try biscuits and the infamous Nashville Hot Chicken. Finally, be sure to check out one of the many murals scattered throughout the city. 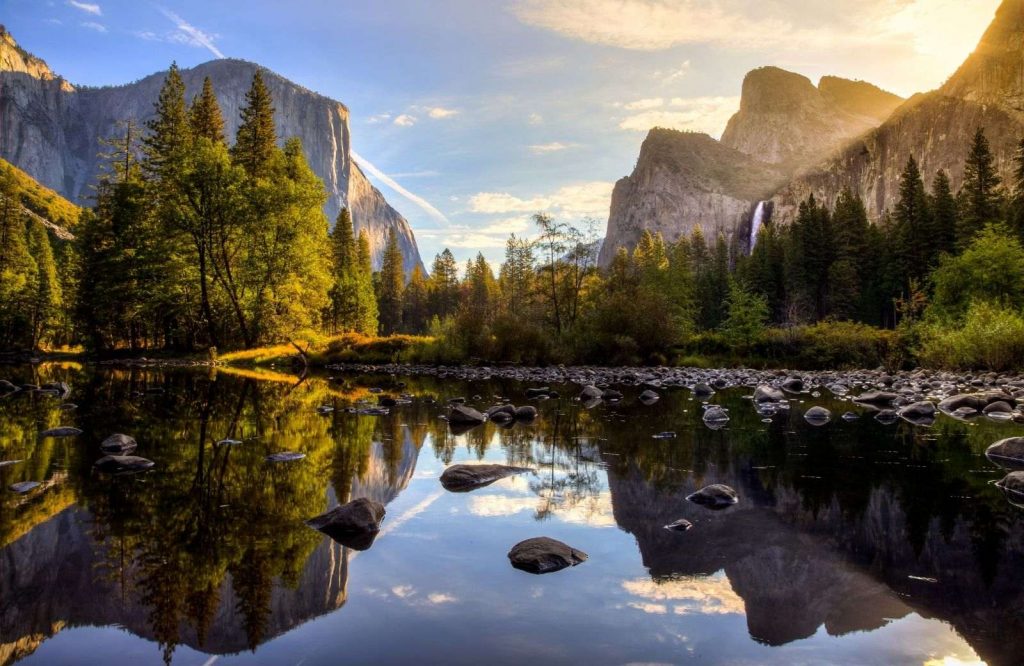 As one of the most popular national parks, Yosemite National Park is often found on USA bucket lists. Some of the most exciting things to do in this national park include tackling the life-changing Half Dome hike, rock climbing at El Capitan, and staring in awe at the fire-like Horsetail Fall at sunset. 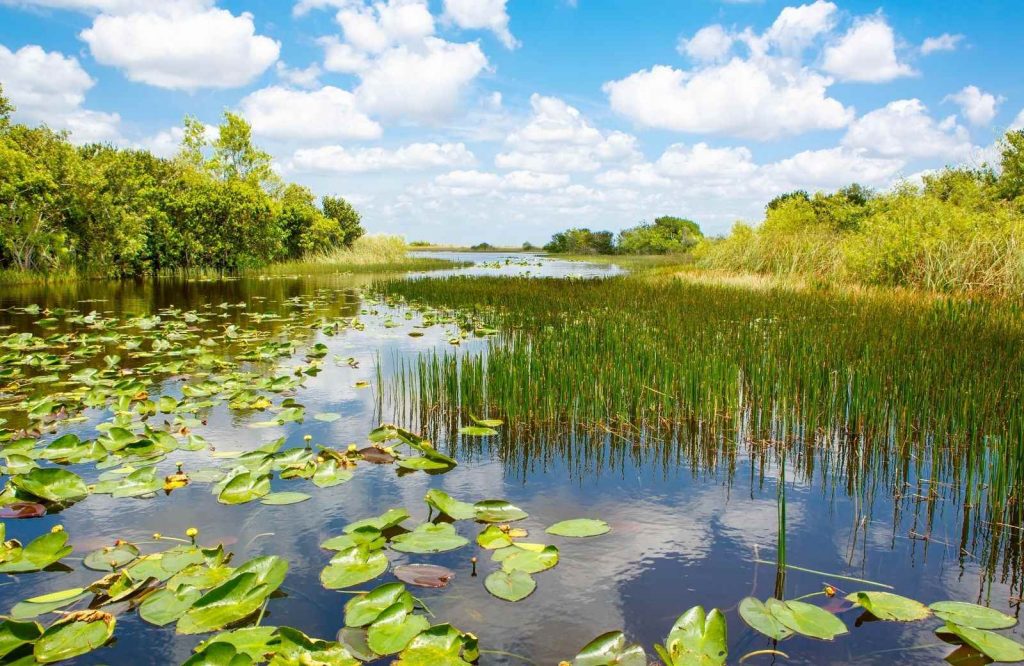 While the Everglades isn’t among the most popular national parks, it’s very different from the rest of the national parks, making it worthy of a spot on this United States bucket list.

This marsh landscape is filled with tons of Florida wildlife, including alligators, manatees, and Florida panthers. To have the best chance of spotting these exciting creatures, consider taking a wildlife tour by boat. 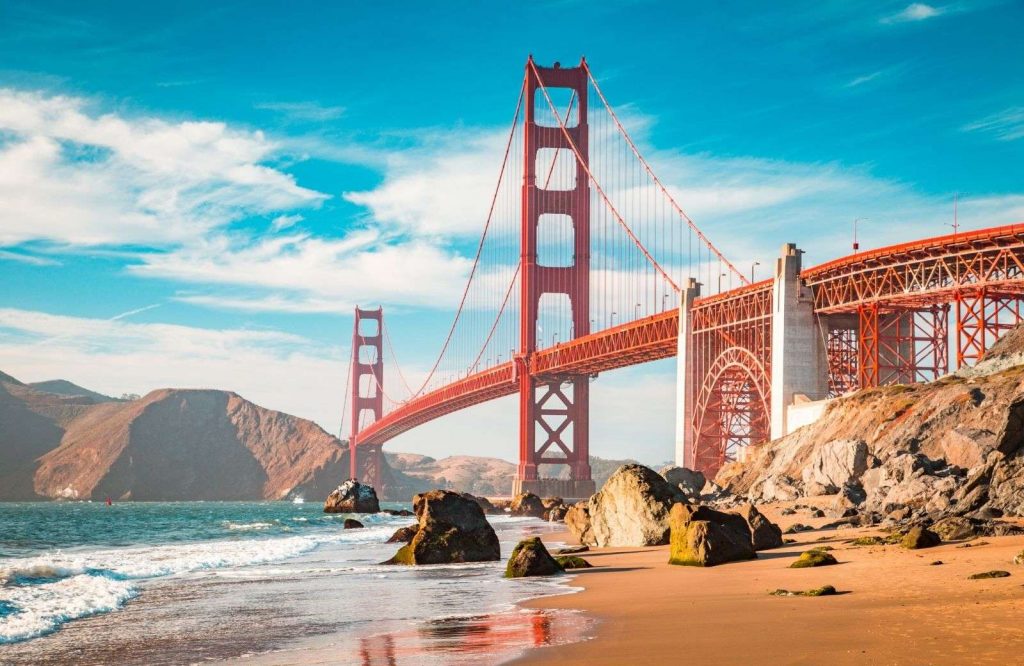 Along with the Statue of Liberty in New York and the White House in Washington D.C., the bright red Golden Gate Bridge in San Francisco may be one of the most iconic attractions in the United States. 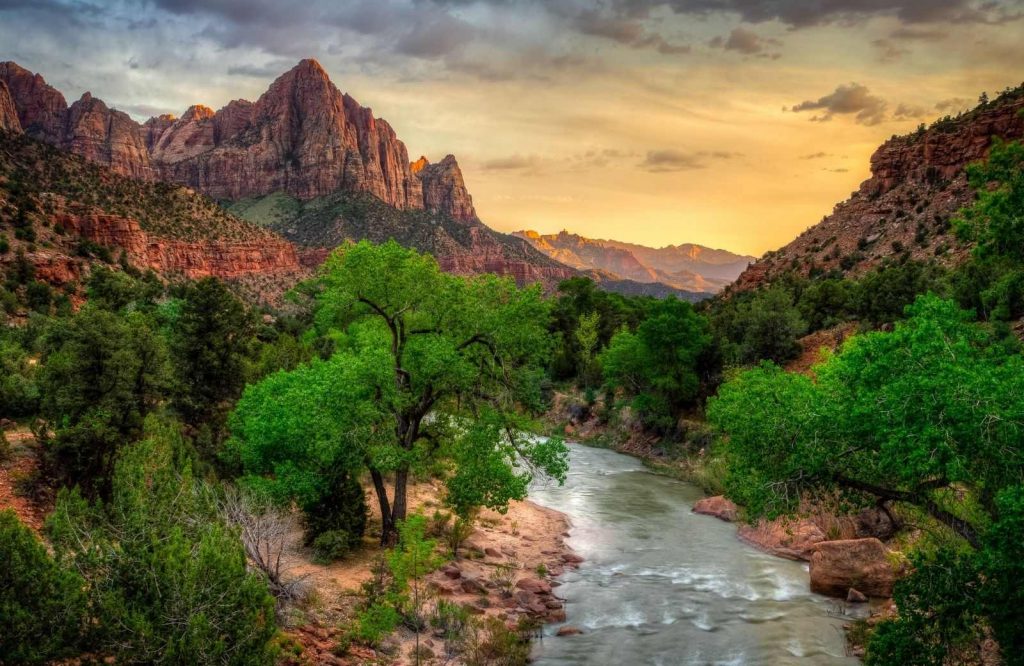 Utah is filled with amazing national parks, and Zion National Park is one of the best. The bright red rocks and the spatter of green plants create a contrasting, yet picturesque image

While at Zion National Park, be sure to hit all the highlights: hike through the slim gap known as the Narrows, stop to take dozens of photos at the Canyon Overlook Trail, and get your adrenaline pumping at Angels Landing. 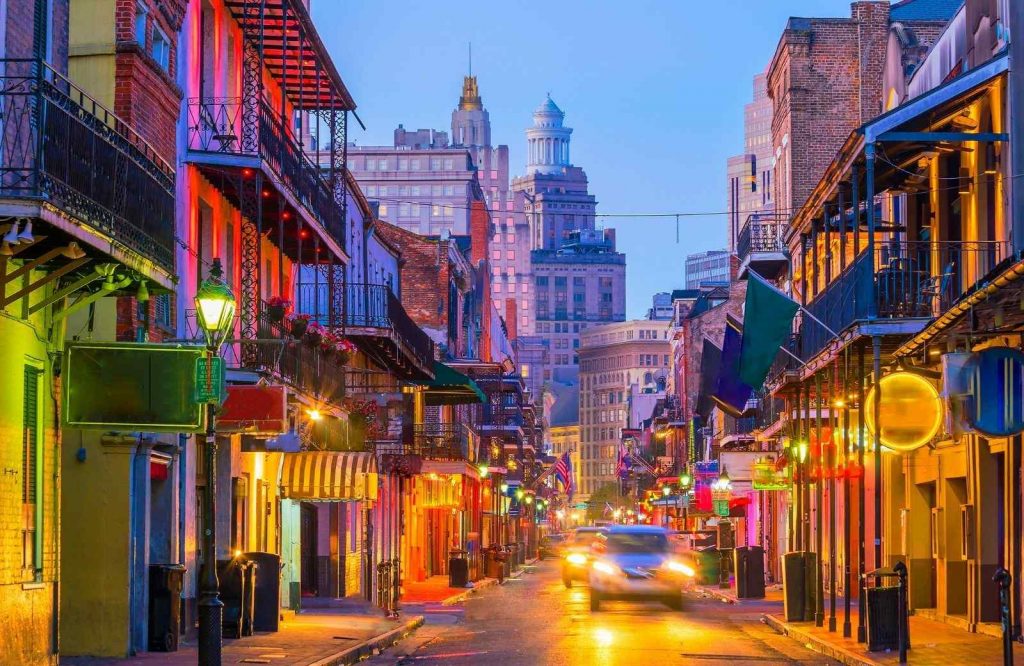 There are so many fun things to do in New Orleans and you won’t be left bored. Party into the wee hours of the morning on Bourbon Street. You can also take a haunted tour of the city and visit haunted cemeteries and hotels. Or, you can spend the day exploring the art galleries and museums.

Don’t even get me started on the food! New Orleans is home to some of the best food in the country and it should be your goal to try as many delicious Creole dishes as you can. Lastly, don’t forget to try a beignet while you’re at it! 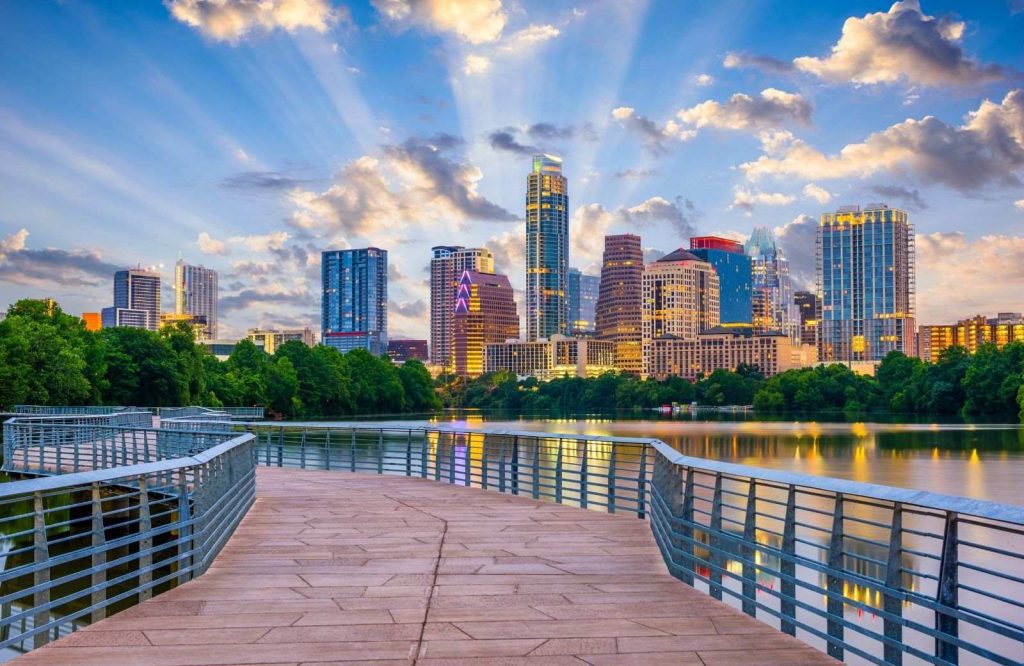 Austin, the capital of Texas, has become an up and coming city in the United States and for good reason! This city has a young and hip vibe to it and it’s gradually becoming home to more and more tech corporations.

This city has it all — fantastic barbeque, amazing craft beer, tons of outdoor activities, and more. One of the most fun things to do in Austin is to do some stand-up paddle boarding on Lake Austin.

You can spend your evenings at one of the upscale restaurants around the city or you can grab something from a food truck. You can also hang out at Sixth Street and jam out to live music at one of the bars. If you’re looking for a truly unique Austin experience, watch the bats fly out from under the Congress Avenue Bridge.

We are now truly living in the time of the remote worker. A quick Google News search of “digital nomad”(the term used to describe remote…

Las Vegas is a city full of new arrivals on every corner, constantly switching things up so that no visit feels like the last. From…

Even though your neighborhood bar is amazing when your favorite team is playing, if you want to create an experience you and your friends will…

Some people like nothing more than spending their time off lying on the couch, watching movies or doing some relaxing activity that doesn’t imply much…

Please confirm you want to block this member.

You will no longer be able to:

Please note: This action will also remove this member from your connections and send a report to the site admin. Please allow a few minutes for this process to complete.

You have already reported this
Clear Clear All